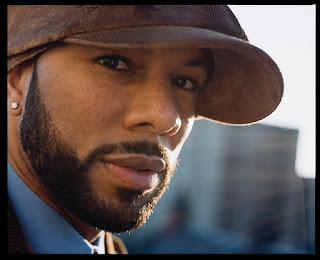 I have pretty much abandoned rap on this blog. Frankly, there isn’t much to get excited about anymore. There are an abundance of great producers, old (Timbaland, DJ Premier, Neptunes, Just Blaze, Kanye, etc.) and new (9th Wonder, Danja, RJD2, Hi-Tek, Cool & Dre), who craft eclectic and head-nodding beats, but there is a lull in the MC department.

The past favorites that I grew up with are still around, but their output has waned tremendously. Kingdom Come was better than most of 2006’s offerings, but was nowhere near Jay-Z’s best. 50 Cent has been basically phoning in his bars since his debut and his G-Unit cronies are just as bad (Lloyd Banks’ The Rotten Apple was self-explanatory). Eminem has fell off the map (but due for a comeback), trading in lyrical lessons (“Stan” and “Renegade” to name a few) for club songs (“Smack That” and “Shake That”). Little Brother broke up after knocking out two classic hip-hop records (The Listening and The Minstrel Show). OutKast decided to make movies, instead of groundbreaking albums. Andre 3000’s verse on “Walk It Out” is the best guest appearance in years, but just makes me want more. Lil’ Wayne, TI and Kanye are leading the charge by gaining credibility and stellar album catalogues. The Carter III, TI vs. TIP and Graduation should only bolster their resumes in 2007.

The new crop of commercial rappers doesn’t seem to bring much hope. Young Jeezy is a poor man’s TI, with amazing production, but a horrible lyricist. Rich Boy was blessed with hit single (although overshadowed by Kanye’s hilarious remix), but the album failed to yield the same results. The only bright spot is Lupe Fiasco, who had one of the best albums of 2006 with Food and Liquor. He is currently crafting the follow-up, with hopes of collaborating with Kanye and Pink Floyd (what?).

Fortunately, there is one rapper who has consistently defied that statement, and continues to impress with age. Common, one of Chi-Town’s finest, has been on fire since hooking up with fellow Windy City alumnus, Kanye West. Their work on 2005’s Be, resulted in one of the best hip-hop albums in years and best of any genre that year. Favorably, they decided not to mess with a good thing and continued their relationship on Finding Forever. Guest includes British songstress Lily Allen, D’Angelo, Will.I.Am, Dwele, posthumus production by JDilla. If the first single, “The Game”, is any clue as to what is to come this summer, Common’s 7th album could be his best.

Here is the first single and one of my all time favorite songs from Be: