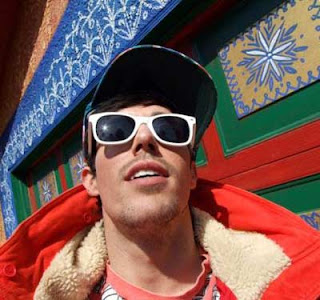 I never thought I would say this, but apparently, I like dance music. This might have been obvious to those who have been forced to listen to my party playlists, but not I’m not referring to danceable rap music by Timbaland, Flo Rida, and others. Since returning from Acapulco Spring Break last March, and frequenting Palladium and Mandara, names like Girl Talk, Bob Sinclair, Million Dollar Mano, and Armand Van Helden have been showing up on my i-Pod. Whether it reminds me of how amazing that trip was or its just mindless fun sound, the synthesizers and thumping bass have struck a chord recently.

While Sam Sparro probably wouldn’t classify himself with those listed above, he does make dance music that is more than enjoyable. After being co-signed by one of the best blogs in the Midwest, My Old Kentucky Blog, Sparro’s sound has been described by some as “electrosoul” and similar to artists like Goldfrapp. I was quickly hooked on Sparro’s latest single, “Black and Gold” in late 2007. Its synth driven beat, psychedelic lyrics, and catchy hook makes for head nodding fun. While I can’t say I understand how the colors black and gold relate to the evolution vs. creationism debate, the track’s pulsing sound makes you quickly cast aside any need for debate. Look for Sam Sparro to make an impact across the globe with his debut album this summer.