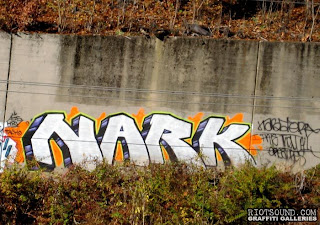 I have mostly complained about the rap/hip-hop game (or the lack there of) for the past year. Some of my peers have even claimed I have given up on what I used to be known for: Pushing new bass-thumping rap onto anyone who will listen in the form of “Nark” mixtapes.

To give a brief history, the “Nark” mixtape was originated by my friend Gutter and he aptly titled it, “The Nark Out Remix: Vol. 1”. This blockbuster disc featured the latest and greatest in the Spring of 2006 (Drama, Big Tymers to name a few). As for the name “Nark” (not to be confused with the DEA-affiliated “Narc”), I’m pretty sure it simply sounded funny at the time and made no sense, so why not? I inherited the franchise with the next installment on my newly purchased Roxio, external CD drive and tried to drop hits every 4-6 weeks. I pretty much scoured any file sharing avenue possible (Napster, Limewire, mIRC, etc.), in search of the newest and most exclusive songs rap had to offer.

As of April 2008, there have been over 40 “Narks”, many “classics” (“Narked Out Reloaded”, at least in my eyes), and plenty of ridiculous titles (“Raiders of the Lost Nark”, “Jurassic Nark”). Since I don’t make those mixtapes that often, I’m going to try to post a few songs per week that I would deem “Narkworthy”. Eventually, when I have enough tracks, I’ll then turn these into traditional “Narks”, but this should satisfy those that need a rap “fix” instantly. I’ll also post “Narked Up”, my most recent collection.

1. Paper Route Gangstaz “‘Bama Gettin’ Money” (Diplo Remix)
Their name is pretty laughable, but I’m not sure I have heard anything like them in awhile. Hailing from Hunstville, Alabama, this crew has a hungry sound that is reminiscent of Three Six Mafia’s early days. With the help of producer Diplo, they manage to make a George Michael sample drenched in swampy bass and southern drawl, sound very eerie.

2. Jay-Z “Ain’t I”
After Young Hov got his artistic angst out of his system (last year’s amazing, American Gangster), he decided to show youngn’s how to flow on any beat. DJ Clue released it and originally claimed it was from S. Carter’s next opus. Later, Jay-Z said “Ain’t I” was supposed to be on Timbaland‘s Shock Value, but just missed deadline.

3. Wyclef Jean ft Lupe Fiasco “Fast Car” remix
Though I haven’t checked out Clef’s new album, Carnival II: Memoirs of an Immigrant, I probably should if his 1st two singles (“Sweetest Girl”, “Slow Down”) are any indication. The former leader of The Fugees seems to paint pictures with troubled characters over catchy beats with ease consistently and the remix to “Fast Car” is no exception. Substituting Paul Simon for Lupe Fiasco brings another great storyteller to the table on a solid remix.