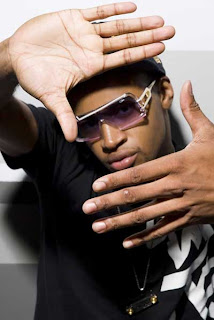 “Who? Mano!”. When you hear that announcement at the beginning of a song, you know something good is coming. Not to be confused with this guy, Mano aka Million $ Mano straight out of Chi-town has been burning out my i pod with catchy remixes left and right. After noticing he DJ’d at a recent Cool Kids show and insistent promotion from my favorite Chicago blog, Fake Shore Drive, I decided to check him out. The results were more than priceless.

Not to be pigeon-holed in one genre, Million $ Mano’s seamlessly brings together sounds of hip-hop with elements of house, and drum & bass. His penchant for speeding up the tempo on popular hits and sparkling some drum flair and house flavors makes his works more than catchy. Mano’s interpretation for Mr. West’s “Flashing Lights” easily made me forget the melodrama of Kanye’s much hyped video. With the help of rapper, Hollywood Holt, he managed to make indie darlings, Matt & Kim, danceable.

Aside from remixes, Mano also has produced for G.O.O.D. Music artist GLC and has a side project, He Say, She Say, with singer Drea. After recently catching the ear of Kanye West, let’s hope Million $ Mano soon gets the respect across the globe, he’s already getting from Chicago artists.

Look for Million $ Mano on tour with M.I.A. at the Fillmore on May 8th with special guest Holy F***.