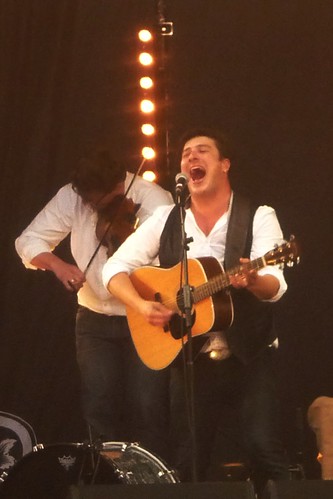 photo via Wallingford Bloke
Apparently, new music doesn’t stop for America’s Independence weekend. Remember those amazing new tracks I described from my Mumford & Sons concert review? Now one of those joints can revolve around your head too. Marcus Mumford and the lads stopped by KBCO in Colorado for some in studio magic. Give it a listen below.
Mumford & Sons – “Home/Untitled” (Live on KBCO) by TwentyFourBit.com via twentyfourbit