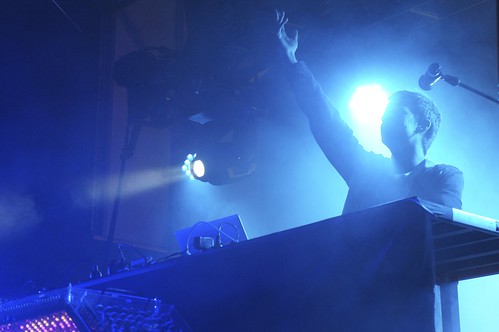 If you were at the first edition of St. Jerome’s Laneway Fest in September, you probably wouldn’t have easily been able to pick out Harley Streten aka Australian producer Flume. The rising musician graced the Meadowbrook Music Festival grounds with a sly smile, quiet manner and hoodie that understated his global success. With a number one album, huge singles, remix work and festival appearances, Flume is making international waves all at barely 21. Read below for my interview with the humble, but ambitious Flume as we discuss samples, EDM, Laneway and hopes of producing for Katy Perry.

Pick up Flume Deluxe Edition at iTunes or Amazon.

Flume – The Greatest View ft Isabella Manfredi of The Preatures